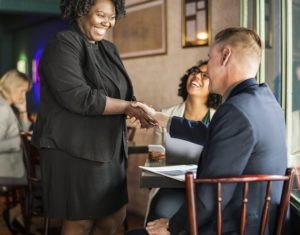 Why I started a type 2 Diabetic peer support group?

In 2013 I moved from Edinburgh in Scotland to Bromley in Kent.

When I signed up for a GP at the local practice, I was total by my new GP that she would be looking after my diabetes. In Edinburgh I was looked after by the Diabetic Clinic in the hospital twice a year.

Now I was being looked after by a GP. That is not the end of the story. My new GP left the surgery within a couple of months and hey presto I was without someone to look after my diabetic needs.

I am a type 2 diabetic and have been since 1999. I have been on insulin all that time and still on it.

Being new to the system (NHS England) I did not know where to turn. What I wanted was support, someone to speak to and maybe some help occasionally.

I could have wallowed in self-pity however I decided that I mustn’t be alone in the lack of support for my diabetes.

So what did I do next

At the time I was talking to Kate Walker (CEO at Diabetes Safety Organisation) on LinkedIn who was running a group who would meet for tea/coffee who were type 2 diabetics.

With this in mind, I decided that I would start a Type 2 Diabetic peer support group.

I had to find people like me type 2 diabetics. Where would I find them? I was quite new to social media, so I just put things out on twitter and a local social media board (StreetLife).

We started to meet in a local pub on a Saturday, once a month with either tea/coffee and no charge.

There was no agenda just people with type 2 diabetes. And had on average about 15-20 people tuning up.

We are now in a church hall (pub changed hands) and are growing. We sometimes have an agenda or even having talks from various people and HCP’s.

Let’s help each other

As I believe all diabetics require support, maybe not all the time, however just knowing that there are people out there who will listen and encourage you if you are going through a hard time. I love the #Ihearyou campaign on twitter.

I recently became Chair of Diabetes UK-Bromley and now want to start a support group for the Type 1 Diabetics.

I am working on another project which I hope will be starting soon, watch this space.