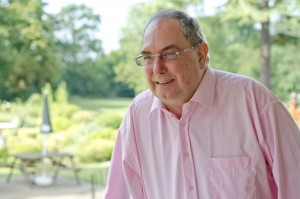 I started my working life as an apprentice electronic technician with Ferranti in Edinburgh, I then became an installation and commissioning engineer, travelling in the UK installing microwave communication equipment for telecom companies, radar and TV companies. After a while I became a project engineer in the same department.

In 2001 I became redundant due to foot and mouth.

In 2002 a friend of mine asked me to join him in his management consultancy company (Barony Consulting) working with government, local government, and private companies. Our main area of work was in

Coaching and Mentoring (to director level)

Psychodynamic from Freud, Jung, and Alderian

In 2013 I received my Diploma after eventually submitting my dissertation on Let’s talk about anxiety and depression – A study into the effectiveness of talking therapies and hypnosis.

I am also an International and National Speaker, where I speak about stress, mindfulness, self confidence, mental health, and  diabetes.

In my thirties I completed an Honours Degree with the OU in Maths, electronics and systems thinking.